Director Robert (Sin City) Rodriguez recently announced that he will be creating a live action version of the 1983 animated film Fire and Ice. 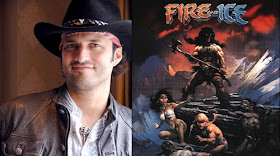 The announcement was accompanied by a few pieces of preproduction artwork showing the characters of Teegra, Larn, and Dark Wolf, painted in the style of fantasy artist Frank Frazetta (1928-2010).


The original movie Fire and Ice was co-produced by Frank Frazetta and Ralph (Fritz the Cat) Bakshi. Here’s the trailer. 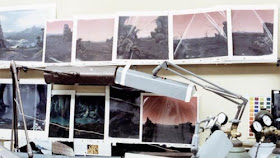 My first job in the movie industry was working as a background painter for that film. I had the opportunity to paint hundreds of scenes of jungles, volcanoes, swamps, and forests into which the rotoscope cel-animated characters would perform.